We teach the National Curriculum objectives, linking this to our topic each term. History and geography is taught across school in the following units: 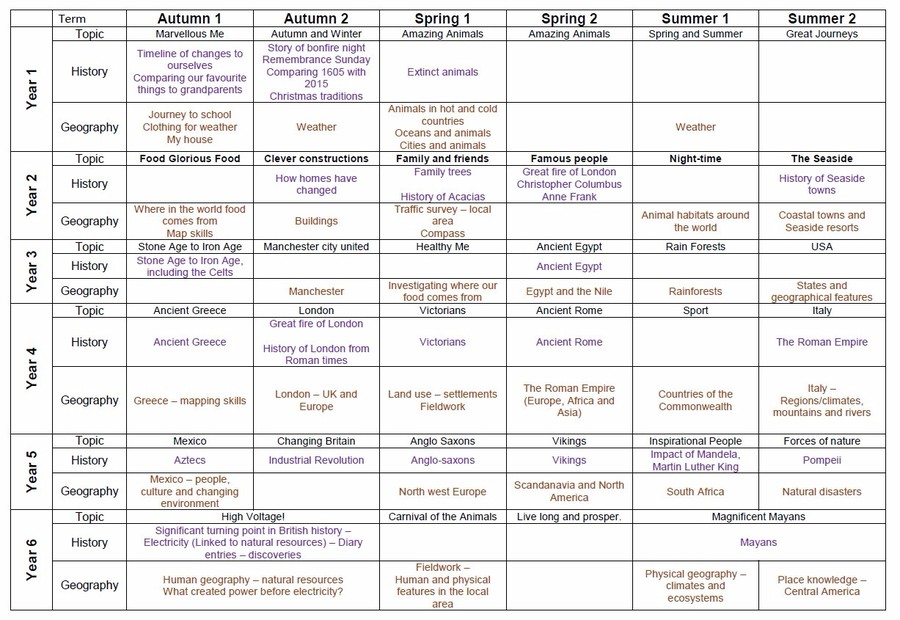 The National Curriculum objectives are as follows (year group after objective denotes in which year group the objective is covered):

Pupils should be taught about:

Pupils should be taught about: